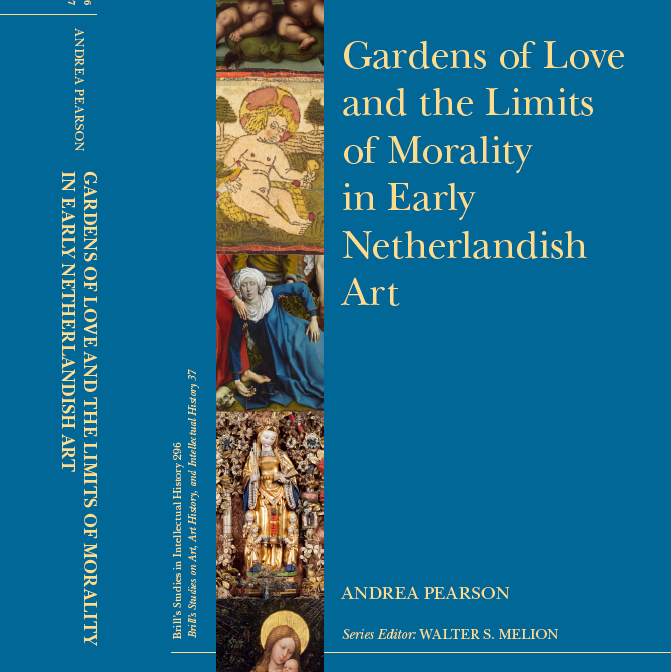 Gardens of Love and the Limits of Morality in Early Netherlandish Art charts the moralization of human bodies in late medieval and early modern visual culture, including through paintings by Jan van Eyck and Hieronymus Bosch, devotional prints and illustrated books, and the celebrated enclosed gardens of Mechelen. Drawing on new archival evidence and innovative visual analysis to reframe familiar religious discourses, the book demonstrates that topographical motifs advanced, and sometimes resisted, bodily critiques expressed in scripture, conduct literature, and even legislation. Governing many of these redemptive greenscapes were the figures of Christ and the Virgin Mary, archetypes of purity whose spiritual authority was impossible to ignore, yet whose mysteries posed innumerable moral challenges. As the study shows, bodily status was the fundamental problem of human salvation, in which artists, patrons, and viewers alike had an interpretive stake.

(See also “Disability and the Senses” on the website’s homepage) 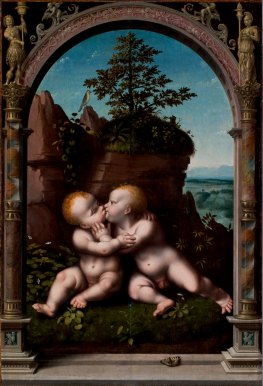 Abstract: The theme of ‘The Infants Christ and St. John the Baptist Embracing and Kissing’ was one of the most successful iconographic types in early modern Netherlandish painting, yet the utility of the imagery remains understudied. Visual and textual evidence aligns in these works to reveal a pictorial language in which spiritual desire was expressed and meant to be inflamed by carnal desire. Yet spectators also could have drawn from a broad set of contingent visual resources to interpret the imagery as a condemnation of same-sex carnal practices. This period in fact coincided with new legislation in Antwerp that deepened the criminalization of sodomy and other non-procreative sexual acts. Read differently, however, the imagery suggests a compassionate view about same-sex relationships and, by extension, the sorts of sexual activities that defined that preference. This investigative path broadens the methodological landscape in a field in which both visuality and same-sex desire remain underexplored.

“Moralized Eroticism and the Depicted Christ Child in the Early Modern Netherlands,” presented at “Holy Children/Liminal Bodies,” a conference organized by the Institute for Art History, Ludwig-Maximilians-Universität, Munich, 2017.

“It’s in His Kiss: Holiness and Homoeroticism in Early Netherlandish Art,” presented at “Framing Premodern Desires,” a conference organized by the University of Turku in 2014, and by invitation at the University of Wyoming, Laramie, in 2010.

How does this project connect to contemporary issues? Click here for a list of resources and further reading.

“In March 2015 the IHLIA, a Dutch organization for collecting and preserving LGBT heritage, organized a symposium called ‘Queering the Collections’. Concerns were expressed about the lack of recognition for LGBT stories and objects in Dutch museums. A much heard complaint from museums is that there are not enough objects to display. The symposium called for more projects to expand and add to Dutch LGBT heritage collections.”

With thanks to José Boon and Eline Kemps.